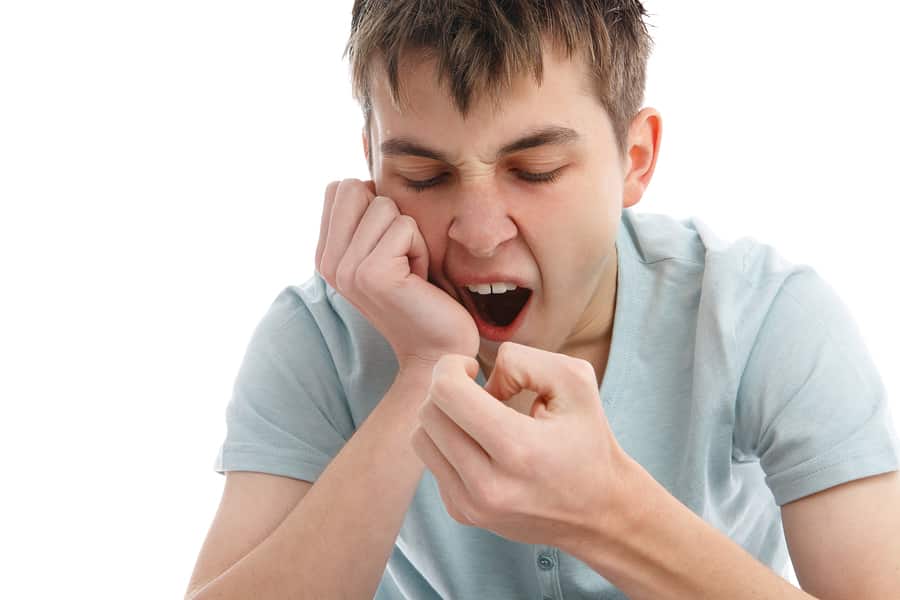 We all know what a bad night sleep can do to our mood and ability to function throughout the day.

But for working adults, we’re generally forced to self-motivate and get on with things, often with the help of caffeine.

For teenagers, on the other hand, sleepiness can have more ongoingly detrimental consequences at school.

One school-aged teenager described the impact his fatigue had on him in this school environment, which motivated a US study on the effects of bad sleep on teenaged children.

17-year-old Zachery found it extremely difficult to get out of bed in the morning, often making him late for school and resulting in detentions for tardiness.

‘I get to school and I’m talked to like I’m attempting to skip school… I feel terrible, it’s awful.’

And when he does make it on time, the fatigue still gets the better of him.

‘I feel kind of like lagging behind myself’, he says. ‘I don’t feel totally there.’

To better understand the plight of the sleepy teenager, researchers interviewed over 2000 students across 19 schools.

They wanted to discover the link between how much sleep the teenagers had, how sleepy they were during the day, and how it affected one aspect of brain function known as self-regulation.

They found that those teenagers who went to sleep late – as so many of them do – had much greater difficulty with self regulation.

This difficulty resulted in memory problems, and rendered the subjects irritable and impulsive…

Qualities that present an affront to an ability to perform academically during the school day.

The researchers found that the sleepiness wasn’t dependent on how many hours of sleep the teens had, it was about when they slept, which could be boiled down to a simple biological preference.

This means that even a solid 9-hours of sleep could result in sleepy-teen syndrome if they’re forced to wake up too early.

‘Getting these kids enough sleep and appropriately timed sleep is necessary for optimal self-regulation‘, says leader of the study Dr. Judith Owens.

‘If you don’t have enough… then you’re going to compromise your ability to have these kinds of skills.’

So how do we deal with these symptoms of teen sleepiness?

While the researchers are promoting later school start times, this isn’t currently a viable option for teens in Australia.

So instead, working on their sleeping habits within a practical framework is the best bet for keeping them alert and on top of their game at school.

Start by making sure you’re child doesn’t have a sleep disorder, such as DSPD or Insomnia.

Approximately 1 in 10 Australians suffer from a diagnosed sleep disorder, which is almost always associated with anxiety or depression.

If it is not a disorder that is causing their sleepiness, consider if there are lifestyle factors, stresses or environmental issues involved.

Lifestyle factors could include staying up late to chat with friends online or to finish homework.

Stresses could be anxiety about school, socialising or family issues.

Environmental factors could be the state of their bedroom, how much light gets in, or how comfortable their bed is.

Encourage relatively consistent sleep times, a sleeping area free from harsh lighting, screens and other distractions, and a no-screen time rule at least 30 minutes before bed.

Work through these potential influencing factors to help your teenager sleep better, for longer, and at the appropriate times that will enable them to self-regulate at school and perform their best.

And what about during holidays?

But try to continue encouraging consistency with bed times and wake times, even if they both get pushed back a bit.

And remind them not to waste their days off sleeping!

For more detailed information on sleep disorders and teenage sleep problems, have a look at our blog post from a few years ago: Teenage Sleep Problems and How to Get Them Back on Track.