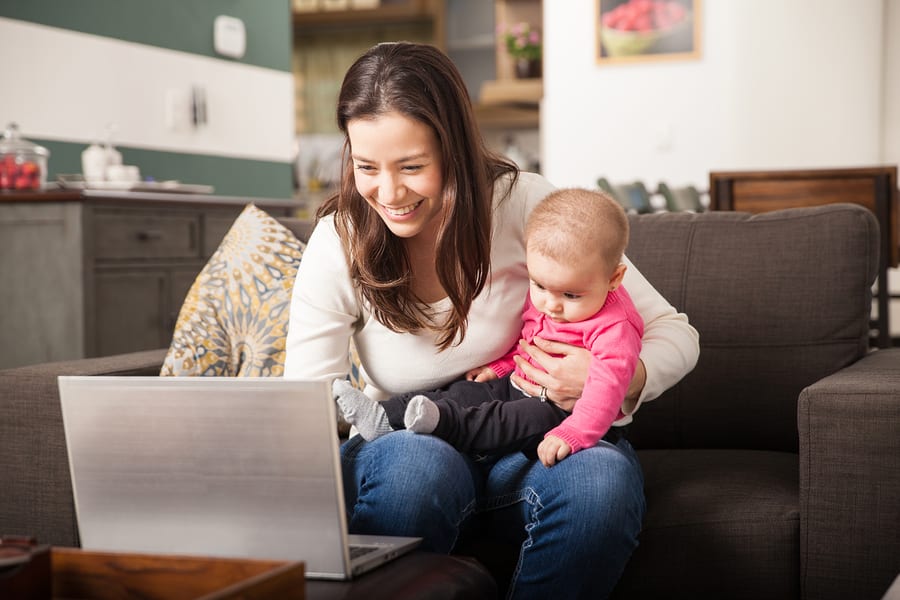 Are you concerned that your child is addicted to technology, or spends too much time looking at screens?

A recent study in the US found that parents spend on average 9 hours and 22 minutes a day looking at digital screens.

And only an hour and a half of that time was for work!

According to this study, that’s on average 30 minutes more a day spent glued to a screen than teenagers…

As in many case studies, the analysed demographic was relatively small; 1,700 parents were surveyed, focussing on those who had children between the ages of 8 and 18.

But whether the findings are wholly representative of the general population or not, they do bring up an important point when it comes to the consumption of digital media…

While we monitor and restrict our children’s usage, we should be holding a mirror to ourselves to monitor our own.

This is in our own best interests, of course, but also in those of our children.

‘Parents are the most important teachers and role models that children have‘, says the Director of the study Jim Steyer.

A sentiment that we of course wholeheartedly agree on.

So what kind of message are we sending if we’re telling our kids to spend less time looking at screens while we’re constantly looking at our own?

One potential outcome is that your children think you are restricting their usage as a sort of punishment, rather than acting in their own best interests.

This will unlikely have any positive response for them, or on your relationship with them.

Which is naturally not a good standard to be setting!

And above all else, if you’re spending too much time staring at screens, both you and your children would benefit from looking up and at eachother more often.

Steyer says the whole point of this study was to get parents thinking:

‘You can use your example to teach your kids that technology is a tool and can be great, depending on how you use it and how much.’

And most importantly, parents have to set their own rules and guidelines when it comes to technology usage – and stick with it.

This is what seems to have the most effect on influencing kid’s behaviour.

So when creating your own ‘technology diet’ in your family home, focus on encouraging consistency, boundaries, and leading by example.