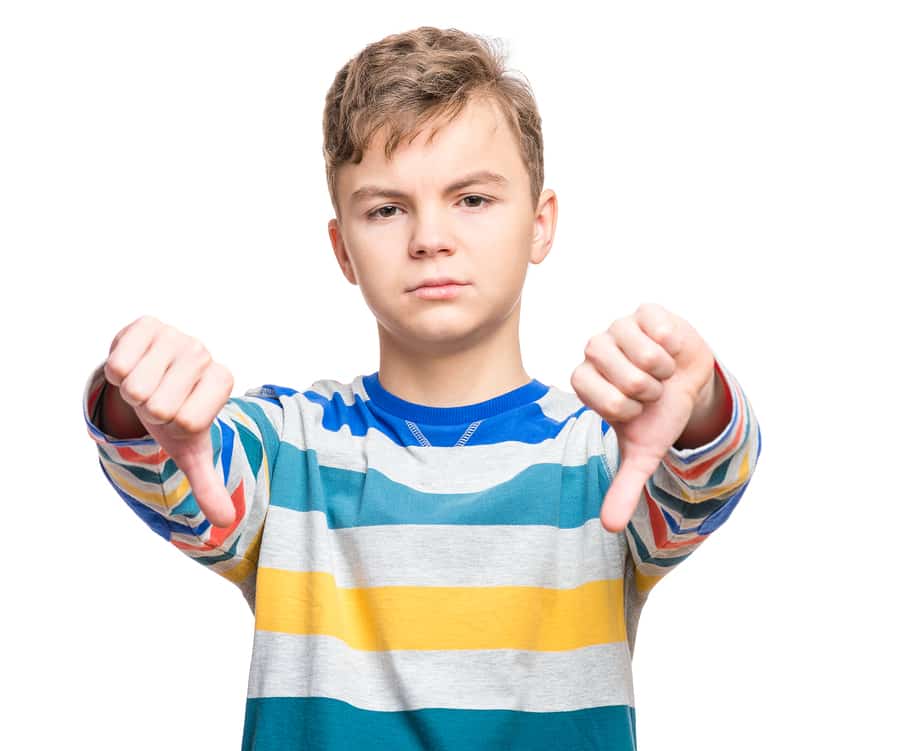 We’ve all encountered a ‘Negative Nancy’ in our lives —  the type of person who is constantly expecting the worst out of any given situation.

While many such people consider themselves ‘realists’, in reality, there’s not a whole lot of benefit to this kind of negative thinking.

And for the relatively sheltered and protected time of childhood, this attitude is particularly unproductive.

So how can we help a pessimistic child to take a more positive approach to life?

It’s all about understanding the source of their negativity, and how it manifests itself.

Why all the negativity?

There can be many reasons for a negative or pessimistic attitude, and they may appear alongside symptoms of depression or anxiety.

For the latter, being negative about a process or situation may be a sort of defence mechanism; a way of ‘preparing for the worst’.

And in some instances, this can be both adaptive and productive.

From an evolutionary psychology perspective, our ancient ancestors who were constantly preparing for the worst were the most likely to survive.

In those days, the worst was an attack from a predator, and the risk was serious harm or death.

But for our kids today, the risks are much less severe, and so this approach serves little to no purpose.

So start by talking to your children and try to find why they’re being so negative and where it’s coming from.

What is the worst that can happen?

Why are you so sure about how things will turn out?

What would be so bad about expecting the best, instead of the worst?

‘People seem to have an association between being pessimistic and being realistic. They assume that the worst thing is much more likely to happen than the best thing.’

But realistically, this simply isn’t the case!

And importantly, positive attitudes and affirmations can actually improve performance, whereas negativity can hinder it.

Christina appeals to the attitudes of some of the most famous and successful athletes.

Do you ever hear a champion basketball player saying ‘I’m going to perform terribly today’?

What you hear them saying in pre-game interviews is ‘I’m going to win, I’m the champion, I’m the best’.

And this isn’t simply arrogance talking (although there may be a little of that, too)…

This is because confidence and positive self-talk are motivating factors.

It’s the same reason we have cheer squads!

Plus, ‘they have that mentality because the moment they feel any self-doubt, that can affect their performance’, explains Christina.

But what if your child is relating their negativity to an actual (rather than perceived or preemptive) situation, such as consistent bad performance or losses in a sports team?

‘It’s a protective mechanism, but it doesn’t have any productive influence on performance, and it can be easy to fall into a negative cycle where there’s no room for change.’

So if a negative or pessimistic attitude has been consistent with bad performance, changing attitudes might be just the ticket to changing the outcome, too.

Our staff psychologist Dani Kaufman appeals to the Fixed versus Growth Mindset theory when it comes to negativity.

A negative child may be stuck in a fixed mindset:

They believe their ability is fixed — negatively — and cannot change.

But this of course is not the case – that’s why ‘practice makes perfect’ is one of the oldest sayings in the book!

The theory behind the Growth mindset is that we believe we can change and improve — that we can ‘grow’ in whatever way the process enables.

And in this way, it supports encouraging and emphasising the importance of the process that goes into things, rather than the outcome.

So if your child is negative about their performance in a sports game, refocus their attention to everything outside of who wins or loses.

Why else do they play the sport?

There’s so many benefits to the process that far outweigh the outcome of any single game.

‘It’s not about winning or losing or getting it right or wrong, it’s about what you learn from each experience’, says Dani.

A sense of gratitude has been shown to have a strong impact on our happiness.

This leads to greater life satisfaction, and more happiness!

So help your negative child to exercise some gratitude — discuss the good things that happened in their day, every day, no matter how small or insignificant they may seem.

It could be simply a yummy treat they had at lunch, a fun play date they had with a friend, or an interesting new thing they learnt at school.

Focussing on the good things in life is a surefire way to nip consistent negativity in the bud.

So, in summary, when dealing with a negative or pessimistic child:

It’s also important to note that negativity isn’t a bad personality trait, it’s simply an adaptive or protective one.

Many negative children are actually very thoughtful and conscientious, and it’s simply a matter of addressing the source of their negativity and finding ways to combat it.

If you find that implementing these concepts doesn’t have a noticeable affect on your child’s attitude, consider other issues that may be at play, such as anxiety or depression, and consider seeing a professional psychologist for some extra help.