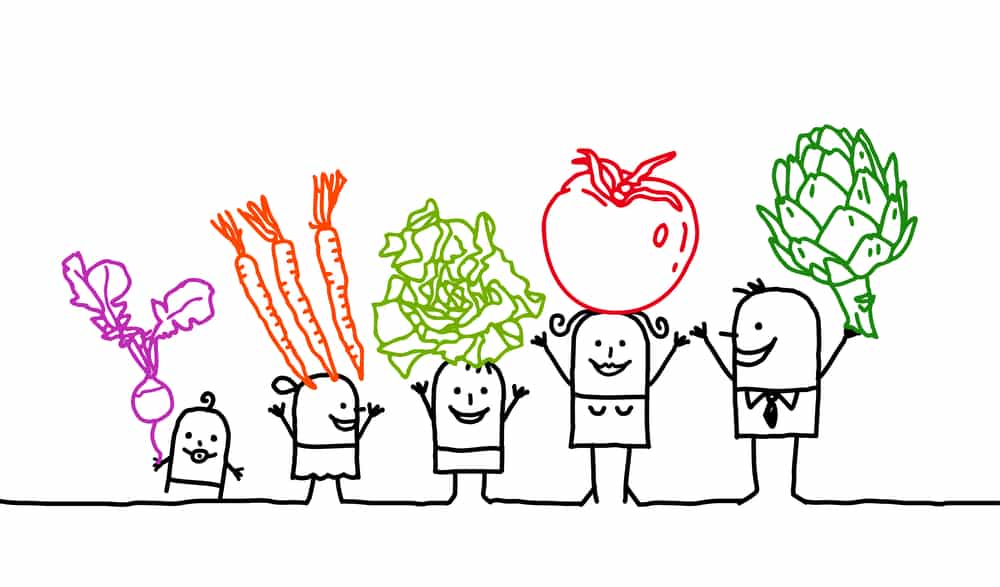 Strict or relaxed? Rules or play? Smacking or “time-out”? Listening or telling?

There are so many different opinions on how to parent, it’s enough to send you into a tailspin!

Many new parents start out with firm ideas about how they will balance a loving approach with a nice dose of discipline in their household… But often this all goes out the window when you first find yourself in the supermarket with a toddler throwing a tantrum!

And what if your child has been diagnosed with a learning difficulty or a developmental delay? Should you adjust your parenting style to deal with a child who has different needs?

In this article I summarise some of the most important research findings on common parenting styles and their effectiveness (which, to a certain extent, depends on how you define “effective”!). I also offer a brief summary of research on parenting children with different needs. (Hint: they may benefit from a different approach).

You may have heard debate in recent years about the pros and cons of “tiger” parenting. The term “tiger mum” or “tiger parent” came into common usage following the publication of a book written by American mother, Amy Chua, in 2011, titled “Battle Hymn of the Tiger Mother”.

Chua’s core argument was that traditional, strict, “Chinese-style” parenting involving lots of rules, high expectations, and discipline produced the most successful offspring. She compared it to a more “Western-style” parenting approach, which has earned a reputation for being overly coddling and permissive, lacking in structure and for producing children with little self-discipline, poor attention spans and self-indulgent natures.

Unsurprisingly, this isn’t the first time these issues have been raised…

Seminal research into parenting styles was conducted by Diana Baumrind in 1966 and resulted in the proposal that there are three main parenting styles: authoritative, authoritarian, and permissive.

This was further expanded by Maccoby and Martin in 1983 to four styles:

Here’s a brief description of each of these parenting styles, along with their benefits and downfalls.

In this approach, parents show high levels of warmth, explanation and nurturing towards their child but they also instil a moderate level of discipline. The idea is that the child is given detailed and regular explanations for rules and encouraged to understand appropriate social behaviour so they can make effective decisions on their own and learn self-control.

Parents will implement consistent and fair punishments for misbehaviour, while, again, carefully explaining the reasons behind the punishment.

Responsive parenting, in which parents explain the reasons for rules and regulations with their children, has been associated with self-regulatory and persistent child behavioural styles. Eisenberg and colleagues suggested that a parenting style in which children are encouraged to take responsibility for their own actions would enable the children to better inhibit their negative responses to situations and to activate a more socially appropriate response.

And there is now a large body of research which supports the notion that those children experiencing a warm and responsive parenting style with moderate levels of discipline exhibit not only greater sociability, but also lower levels of problem behaviour and better academic outcomes.

Parents using this approach also instil disciplinary measures for their children but there is less responsiveness, explanation or warmth. These parents would often be described as “strict” and have high expectations that their children comply with rules.

There is less dialogue with the children regarding the reasons for the rules, and punishments for misbehaviour can often be harsh or punitive. Parents tend to demand obedience and respect, and there is little opportunity for the children to become independent or to develop their own moral compass.

This is the parenting style that most closely fits with a “tiger parent” description.

Although some research points to very good academic outcomes for children brought up in this framework, there is also evidence to suggest that children who have authoritarian parents are more likely to engage in risky behaviour as a teenager, such as binge drinking and drug use, and to display problem behaviours.

For example, Stormshak and colleagues conducted research with the parents of 631 primary school-aged children and found that parenting which involved more punitive disciplinary styles was associated with higher rates of all child behaviour problems.

Additionally, it was theorized that parents who expect high levels of obedience from their children may model an inflexible style for their children and are expected to be associated with high inflexibility in children.

Inflexibility tendencies in both children and parents may be related to problem behaviours in that they may result in more coercive parent-child interactions.

Indulgent parents are permissive, lenient and show very little or inconsistent discipline. They are very warm, nurturing and responsive.

This is the style of parenting that many people feel is becoming prevalent in Western cultures of recent years and resulting in children who are “spoilt brats” and who have little ability to conform to rules or display self-control.

These children can be more impulsive and develop problem behaviours but can also be more independent and emotionally secure.

Good socialisation in children with indulgent parents can be explained by a theory outlined by Davidov & Grusec who suggested that the way in which a parent responds to their child acts as a model for the child in developing social interactions.

Neglectful parents show little warmth or responsiveness but also little discipline; they are often uninvolved and detached. These parents generally still provide for basic needs, such as housing, clothing and feeding but show little interest in their children beyond these areas.

There are often other difficulties present such as mental health problems, financial stress, or prioritising work or social life above family. Children from these types of families are prone to attachment issues and can develop antisocial behaviours, but can also be very independent and mature.

Maccoby and Martin showed that adolescents with neglectful parents had the lowest scores across the four areas of psychosocial development, school achievement, internalised distress and problem behaviour. And Baumrind also found that parenting styles which involved no restrictions for their children were associated with negative child outcomes.

What About Children With ‘Different’ Needs?

In research on parenting practices, most studies have focused on normally developing children. And the results clearly show that the best outcomes, both socially and academically, are associated with parenting styles with high responsiveness, clear explanation and moderate discipline (the authoritative style).

However, Woolfson and Grant proposed that some Developmentally Delayed children may respond better to a more restrictive mode of parenting with less warmth and less explanation than their normally developing counterparts. They reasoned that this may be because some Developmentally Delayed children find it difficult to acknowledge warm interactions and to internalise social rules or to self-regulate their behaviour.

Parents with children who have Autism, for example, often express their dismay when their child is unresponsive to cuddles or loving words.

There is some research to support this suggestion, although much more work is needed in this area.

In a 2006 unpublished study, relationships between parenting practices and child behaviours were investigated in families where the child had been diagnosed with a physical disability or developmental delay. Results showed that warm parenting styles were associated with children who displayed more persistence with tasks and with had more flexible behavioural styles.

Additionally, parents with higher obedience-expectations were associated with children who showed “approach” behaviours (approached others to initiate social interactions), could persist with tasks and showed flexibility with behaviours.

There was no relationship shown between child behaviour and the level of explanation parents gave their children.

However, Woolfson and Grant found that higher levels of parental stress were associated with trying to implement a more disciplinary parenting style with children who had a developmental delay.

More investigation is required but the results appear to show that different approaches may be required for children with different needs.

Other factors such as parental consistency, co-parenting behaviours, and conflict within the home are also important to take into account when considering your child’s emotional and academic wellbeing and I will be discussing these further in future articles.