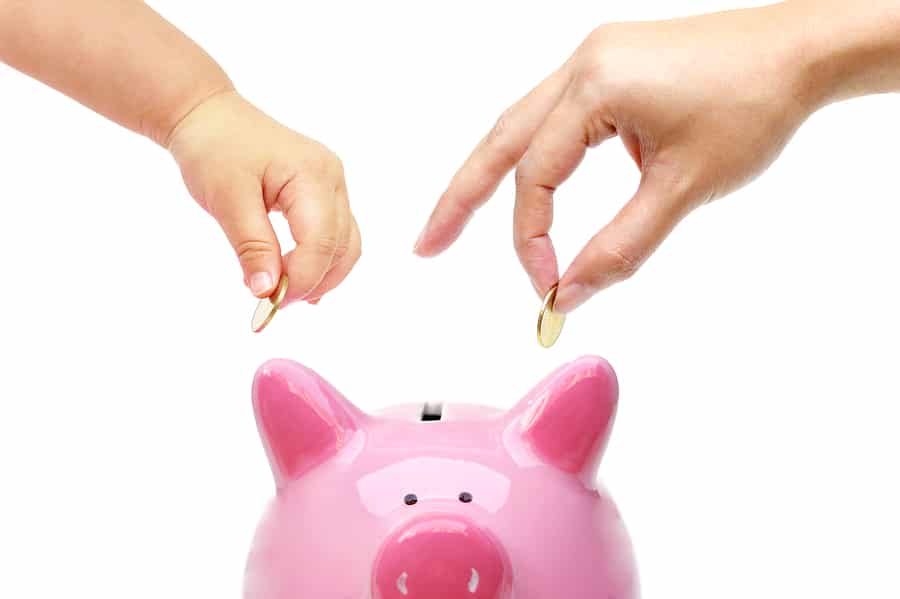 Kids and money — it’s one of the most divisive conversations in parenting, and the topic is approached in a myriad of ways.

Some kids have limitless handouts, some kids have consistent allowances, some work for pocket money, some don’t…

And the age at which parents choose to give children control over and knowledge about money differs widely as well.

There’s no one right or wrong answer, but it can be helpful to follow some guidelines from experts.

After all, the topic has far reaching consequences…

On the one hand, money will become a grounding, potentially motivating, and absolutely life-determining factor when they’re adults.

But at the same time, should kids have the opportunity to embrace being kids, without the stress and financial-fixation that comes with being ‘grown ups’?

‘I think there’s no shame in learning the responsibility of money from a young age’, says our staff psychologist Dani Kaufman.

But perhaps instead of a monetary reward system, the initial stages of learning about money could be more focussed on spending and budgeting, rather than earning.

‘Sometimes it’s a good idea for very young kids to be given say five dollars every week, and it’s without any conditions, and it’s for them to make the choice how they spend it.’

So instead of working for the money they can earn, they are given a capped amount, and they need to budget that money for whatever treats they may want throughout the week.

This includes sweets, special drinks, toys, or whatever else falls into the ‘want’ versus ‘need’ bracket.

Having a capped amount to spend teaches them the distinctions between wants and needs, the importance of budgeting, while also giving them some financial independence.

‘And they learn from an early age to make guilt-free, easy decisions with money that they (and you) can feel comfortable with.’

They should simply be doing them for free!

Investment adviser Scott Pope explained the problem with paying kids to do basic chores to Kidspot:

‘What you’re in effect telling your kids is the only way to get them to do something nice for their family or pitch in is to bribe them with money.’

When your kids are old enough to want an allowance or extra pocket money — perhaps when they’re doing more things independently or with friends — Scott and Dani agree that they need to earn it.

‘If you pay someone to not do work, effectively… you’re teaching them that they’re entitled’, explains Scott.

While certain jobs should be like washing the dishes or tidying should be part and parcel of living in a shared household, good activities for earning money can be more out-of-the-ordinary tasks like gardening or washing the car.

And while the kids may moan and groan at the idea, Scott insists that kids not only enjoy the responsibility that comes with extra chores, they thrive on it.

‘It’s good to work for your money and learn that gratification,’ says Dani.

And kids ‘want to be seen to be able to carry their load’, echoes Scott.

But how much money should parents be giving their kids?

Scott suggests a dollar per year is a good benchmark.

Ultimately, it’s up to you if, when and how you will start giving your kids money, and teaching them about finances.

But these ideas show that it’s never too early to teach responsibility, and rather than being a burden, it can be something that kids learn to enjoy, while contributing to their confidence and their sense of independence.