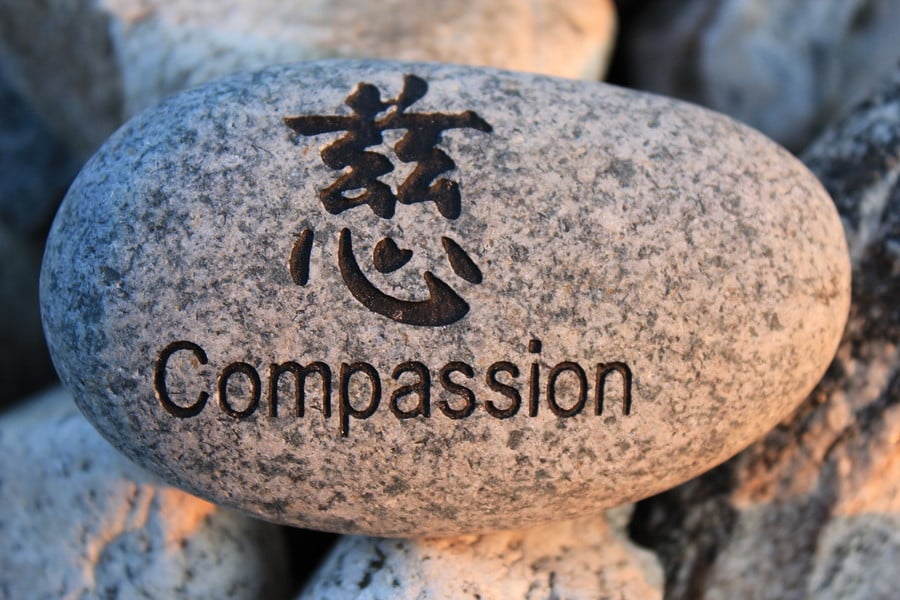 Ever feel like your teenager has little or no compassion for others?

Do they find it hard to see things from another person’s point of view?

Do you struggle to get your adolescent son or daughter to engage in activities that don’t directly benefit them in some way?

It can be easy to jump to the conclusion that teenagers are just downright selfish or have some kind of issue with emotional intelligence, but it turns out there is an explanation for the behaviours you are seeing.

The way the brain develops in adolescence affects empathy and there is also a lot you can do to help your child develop these skills.

While most people have mastered concrete thinking skills by the time they enter secondary school, our executive functioning skills such as planning, organisation, decision-making and self-control, are all areas that can take much longer to establish themselves.

Related to all these executive functioning skills, research has now shown that “Cognitive empathy”  and “Affective empathy” are also still developing during the teenage-years.

“Cognitive empathy” can be described as: the ability to mentally think about things from another person’s point of view (otherwise known as perspective-taking).  “Affective empathy” is the ability to recognize and respond to others’ feelings appropriately. These skills helps us with social problem-solving, managing our own and other people’s emotions and avoiding conflict.

But the two are linked. A study conducted at the Research Centre for Adolescent Development at Utrecht University in the Netherlands (yet to published) has found that a child’s affective empathy predicts their level of cognitive empathy as teenagers.

Published research from the same Utrecht University has found some further interesting things about the development of empathy. Below is a summary of the research findings published in the journal, Developmental Psychology.

The decline in affective empathy among young teenage boys may relate partly to a testosterone levels, which experience an increase at the same time. This rise in tosterone levels is associated with a desire for dominance and power over others and it is not hard see that these interests will often conflict with the ability to show compassion and understanding towards others.

To support this theory, research has also found that boys who were more physically mature showed less empathy than others.

Of course, social pressure may also have something to do with it. There is still a trend for young boys to told to “act like a man” and, this is generally interpreted as meaning they need to act tough and resist the urge to show emotions or to respond to emotions.

Boys bond by teasing and joking with their peers and a boy who goes up and asks the new kid if they are coping okay, instead of making fun of him along with the crowd, runs a huge social risk.

So, although they may be starting to develop cognitive empathy skills and can theoretically put themselves in someone else’s shoes, it may be difficult for them to act on it, especially in group situations.

Sometimes kids who act tough or uncaring are actually shy or don’t know what to do. They want to help out others or to ask about how they are feeling but get tongue-tied in the situation. It is important not to mistake this with lacking in empathy.

For example, if you tell your son or daughter about a family friend who might be ill, you  might not get much of a response. But, many people feel awkward when faced with sad news and are so scared of saying the wrong thing that they end up saying nothing at all.

Amongst other things, this new research will hopefully cause schools and policy makers to rethink their approach to how teenagers are being educated in a range of areas. This could include education about bullying, self-esteem, body image issues, drug and alcohol abuse, and other risk-taking behaviours.

Current advertising campaigns targeting teenagers often appear to assume that teenagers will relate to the people appearing in TV commercials and print media. There also appears to be an assumption that they can empathise with the victims of anti-social behaviour. Given these new findings, it may be necessary to find another avenue for getting these messages through.

Developing empathy in teenagers is not only important in the social arena. Individuals with good skills in this area are also likely to do better in a range of jobs. The ability to take perspective is useful in selling products and services, building products that will appear useful to others, as well as working well in a team and being able to display good management skills. All good selling points when you are trying to convince your teenager why they might want to spend some time empathising with their family and friends.

What You Can do to Help

The following are some ideas that can help your teenager build empathy and the ability to respond appropriately to another person’s feelings or behaviour. Remember that patience is the key. Being empathetic will involve more of a conscious effort for teenagers, as they are still developing these parts of the brain until the age of 21.

If you become disheartened, research has also shown that, apart from all the other benefits, kids with good cognitive and affective empathy argue less with their parents and have better family relationships.

What better motivation for you to keep having those difficult conversations?

A couple of examples of how this could work:

Scenario 1: Your teenager comes home from school and starts telling you about their friend, Kate, who has been really grumpy lately.

You could respond with….

Option A: “Well, you sometimes behave like that too you know”. (Hint: Teenager is likely to walk out of the room in a huff)

Option B: “Well, just leave her alone for a while, she’ll get over it.” (Hint: Attempting to solve the problem for the teenager is not the response they are looking for. It doesn’t teach them anything and it tells them you are not really interested in listening to the full story)

Option C: ASK QUESTIONS. “Okay, tell me how Kate has been behaving”, “What do you think has been going on with her recently?”, “What could make her behave this way?”, “Do you think there’s anything we can do to help?”, “If you were Kate, what would you like others to do?” (Hint: This option helps your teenager put themselves in Kate’s shoes (cognitive empathy) and think about the best way to respond (affective empathy).

Scenario 2: Your teenager is refusing to come to their grandmother’s birthday party on Saturday night because they want to hang out a friend’s gathering instead.

You could respond with….

Option A: “Well, you’re being really selfish. You have to come and that’s just tough luck”. (Hint: Teenager is likely to attend the event but spend the whole time sulking and checking their phone)

Option B: “Fine, don’t come. But just remember that your grandmother won’t be around forever.” (Hint: Your teenager might consider grandma’s feelings for a moment but quickly forget and enjoy a lovely Saturday night with their friends. They may feel guilty enough to come but will continue to resent you for making them feel that way)

Of course, these conversations don’t always go as planned. You may get a lot of “dunno”s and “whatever”s in response to your questions. Pick and choose your moments to try to have these chats and try your hardest to make your tone of voice sound curious and neutral. One thing teenagers seem good at is picking up on tone of voice. If they suspect that you have an agenda when trying to have a conversation with them, you are not likely to get very far.

Above all, try to remember what it was like when you were a teenager. You probably found it hard to show compassion and understanding towards others as well!

And if you are in Melbourne and would like some some extra help with this issue?

Click the button below to book your initial parent consultation and get the right advice for your child’s needs.