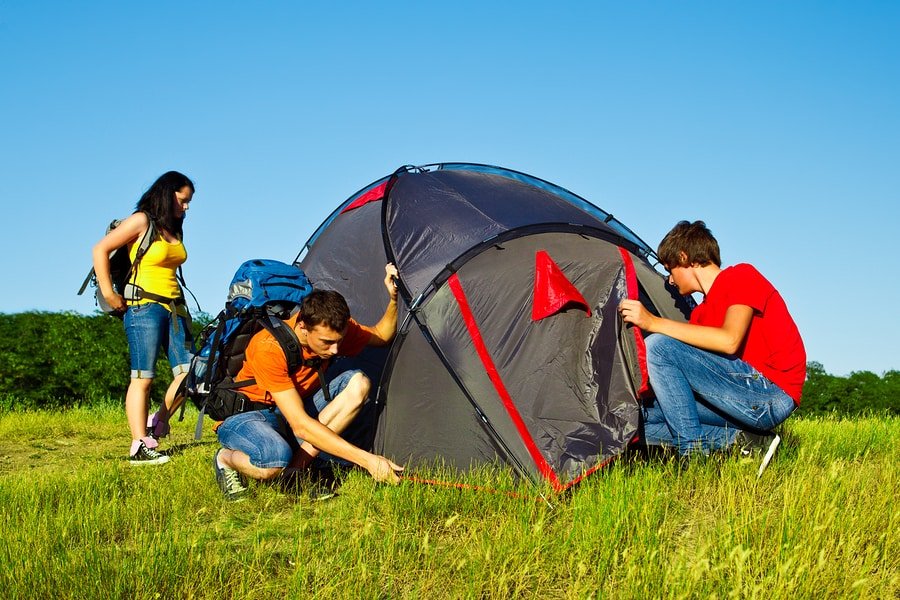 A few years back, I agreed to take on the challenge of acting as leader on an outdoor education trip with a group of Year Nine students. Twelve teenage girls, a trained outdoor education leader, and me. Although I had no formal outdoor education training, I’d always been a fan of camping and was under the perception (misapprehension?) that I was pretty tough. My role was to be the “pastoral care” leader or to play the “big sister” role to this group of teenagers, while the other leader was able to provide them with the practical skills that they would need to survive in the great outdoors.The trip was not your average five day camp. It was 30 days of hiking, biking and kayaking. No showers, no ipods, no phones. Braving the elements and carrying everything on our backs with regular food drops every few days. No contact with home, save for one “letter drop” when the campers would receive correspondence from family and friends at the halfway point of the trip.

The idea of going on an extended camping trip appealed to me because of the personal challenge of putting up with the elements and the physical rigours of such a trip, as well as the idealistic notion of “getting back to nature”. However, a large part of the motivation stemmed from wanting to see how these adolescents would cope, both individually and as a group, when faced with physical, mental and emotional challenges. The idea was that, with appropriate guidance, the girls in the group would eventually run the trip on their own. They would handle navigation, food planning and preparation, cleaning, campsite maintenance and managing time wisely to ensure that the group covered the required distance each day and remained on track. This, in addition to coping with homesickness, and the various social situations that arise when twelve teenage girls are living on top of each other and trying to make decisions as a group.

My first thought upon meeting the girls was that it was going to be a loooong 30 days. A lovely bunch of young ladies no doubt, but they seemed incredibly underprepared for what was to lie ahead. For example, some of the girls had opted to bring all manner of luxury items such as small pillows, a range of unnecessary toiletries and, in one case, a whole range of colourful beanies with pom poms on them. “No room for all that”, they were repeatedly told in the midst of mild protestations. There also seemed to be a lack of organisational skills amongst the group, with some girls having to pack and re-pack their bags several times, after being reminded that rain jackets and lunch ingredients needed to be at the top and easily accessible. And, then came the questions: “How many jumpers should I wear?”, “Should I wear my long pants or my shorts?”, “Do I really have to wear my gators the whole time we are walking?” (NB ‘Gators’ are leg protectors that are designed to guard against snakebites and other injuries).

There seemed to be a tendency to defer to the adults for almost all decisions, no matter how minor, and a reluctance to let go of creature comforts. I suppose this is not uncommon when you consider that many of the girls came from a privileged background and attended a fairly strict and conservative school. Many of them had been “encouraged” to participate in the trip by parents, though there were many amongst the group who had been very keen to join for their own reasons. Surprise was the general reaction when the response to many of their questions became: “Well, what do you think?”. It seemed that this was not a phrase they had heard very frequently in their lives.

The first few days were hard on all of us. There were the early starts, the routine of putting up and putting down tents, packing and unpacking bags, and getting used to the pain and the blisters as we trudged further and further up into the mountains. It would be fair to say there was a lot of moaning going on, and our snail-like pace meant we were getting into camp each night in the dark, making things ten times harder than they should have been. There seemed to be some ‘jostling’ amongst the girls to work out the pecking order and certain girls dealt better with being away from home than others did. Missing technology was also a feature during the first few days. Some of the more memorable comments included:  “I miss my ipod”, “I wonder what my facebook status would be right now” and “Sometimes when we’re walking, I think I hear my phone ringing!”.

But things got easier. By the end of the first week, I had seen some dramatic changes. The girls were starting to catch onto the fact that many of their questions were not getting answered and they soon STOPPED asking and started figuring things out on their own. The moaning about sore feet and blisters slowed down and the girls began encouraging and helping each other as they struggled their way over each fresh peak. Conversation centred less and less about what they were missing on TV or their favourite popstar and more and more about the landscape that they were walking through. Some of the girls began planning more camping trips that they would take independently in the future and shared memories of family camping trips from when they were younger. Girls that had been at school together since they were in Prep learnt things about each other that they had never known before. And, they began solving problems amongst themselves without the need for an adult to intervene.

The trip was by no means perfect. There was homesickness, arguments, break-downs, injuries, and nowhere near enough sleep. Every person had their moment when they wanted to go home. But, the group got each other through. Some of the most amazing acts of kindness and gutsiness were displayed by these 15 year olds. Most memorably, when three of the group came down with gastro, cool, calm decisions were made to ensure that the sick individuals were looked after but that the rest of the group had separate food, toilet and washing areas. Many of the group selflessly helped out by carrying additional gear that belonged to the sick girls and by kayaking down the river with an energy-less friend (and basically dead weight) in their boat, without complaint. At the end of the trip, the girls rose at 4am to face a marathon kayaking effort into a massive headwind to get them to their final destination. It was exhausting and infuriating to row continuously towards the ocean, knowing that one moments rest would send the boat five metres backwards. But these girls not only pushed through the pain but even managed to sing and cheer each other on.

By the end of the trip, these girls really had developed skills that would stand them in good stead for the rest of their lives. Not the least of which, was a better understanding of themselves and what they are capable of. I’ve seen with my own eyes the changes that can occur in a short space of time and truly believe that experiences such as these are invaluable in the lives of young teenagers. Of course, not all young people have the opportunity to participate in such trips, but schools and communities should be encouraged not to under-value outdoor education and to do their best to make it as accessible as possible. Parents are also encouraged to strongly consider schools that offer quality outdoor education programs, in addition to considering the quality of the academic programs. Outdoor education teaches adolescents the skills of working together as a group, of problem-solving in practical ways, of leadership, appreciating the great outdoors, appreciating our bodies for their power and their strength (not just because of how they look), learning organisation and time-management, gaining independence, and developing persistence. Such lessons should not be under-valued within our education system.