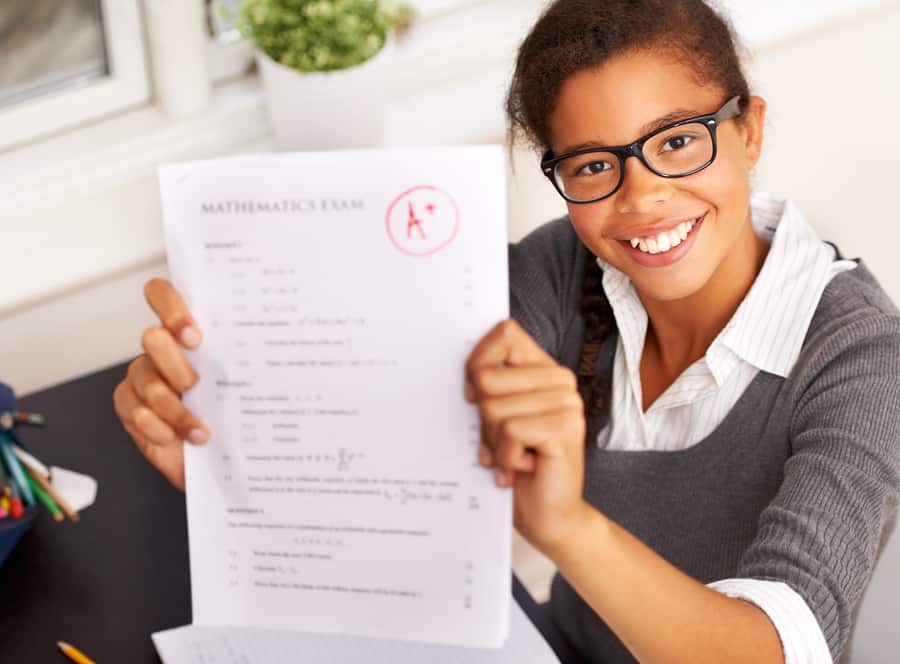 I came across this article the other day about a concept known as “academic entitlement” and it really struck a chord.

So what does “academic entitlement” mean?

Academic entitlement refers to the tendency of some children to expect good marks and positive feedback for their school work, regardless of the quality of their work or the amount of effort they put in.

I recall that when I went to school and university (back in the day) there were several common responses that students made when receiving their graded work back (some of these might also sound familiar to you!).

Firstly, there are the responses to a good grade (or a perceived good grade)…

This response indicates that the student has a clear understanding of the relationship between effort and outcome.

This type of response may indicate: (a) a lucky fluke, (b) the student has studied but wants it to look like they haven’t or (c) the student is one of those lucky so-and-sos who genuinely manage to do well at school despite minimal effort.

If (a) is true, the student will soon find out that this kind of situation doesn’t arise very often and they will hopefully become motivated to work harder in future.

If (b) is the case, then the amount of effort put in does relate to the grade received and there is a clear relationship between effort and outcome (despite the fact that the student has some kind of image-control issue going on, which is a separate story).

However, the scenario in (c) of little effort leading to a big reward will, if not problematic now, certainly be so in future. These students don’t learn that they need to work hard in order to get anywhere in life and can run into trouble when they eventually have to complete more difficult and complex work at university or in an employment situation.

3. “I studied really hard and I still got a bad mark. Aaaaargh!”

This response is the most unfortunate, as a large effort has resulted in little reward. Long-term reactions to this kind of situation depend greatly on the personality of the student and how they tend to attribute the cause of their poor result.

However, some students who repeatedly experience failure despite trying hard can explain these circumstances in terms of internal or unchangeable factors (“there is something wrong with me; I must be stupid” or “nothing will get better, no matter what I do”).  And this type of thinking can ultimately lead to responses such as…

4. “I didn’t really study so this mark seems reasonable.”

Although this is unfortunate as the student didn’t try very hard, at least they understand the relationship between their effort and the result.

A terrible attitude, I grant you! But at least there is a clear relationship between effort and outcome.

Lastly, there are the responses of students with a misguided sense of academic entitlement…

Some other variations to this response are:

“Yeah, I did study. Surely half an hour of revision is enough to cover a semester’s worth of material??!”
“The teacher rigged the questions and tried to trick me!”
“If I didn’t do well on this test it’s clearly because the teacher didn’t explain things properly in class.”
“Nobody told me that the exam was going to cover all those topics.”
“I was sick on the day of the exam.”
“I missed the class that covered all that material.”

Such responses are made by students who have typically not studied hard (or hard enough) and have received a grade that they perceive is simply not ‘good enough’ for them. They may use one or more of the above arguments to justify the outcome.

Basically, these students do see value in getting good grades but are unwilling to take responsibility for their successes and failures and accept the consequences of their actions. They are more likely to attribute bad grades to external or changeable factors (“it’s somebody else’s fault, not mine” or “if only the circumstances were different”).

How to Prevent Academic Entitlement

It can be hard to shift this kind of thinking but here are some ideas for parents and teachers:

With a consistent approach from parents and teachers, most children and adolescents can develop a more realistic and stable understanding of the relationship between effort and outcome.

Have you had any experiences dealing with (or overcoming) the ‘curse’ of academic entitlement? If so, I would love to hear from you in the comments below. 🙂