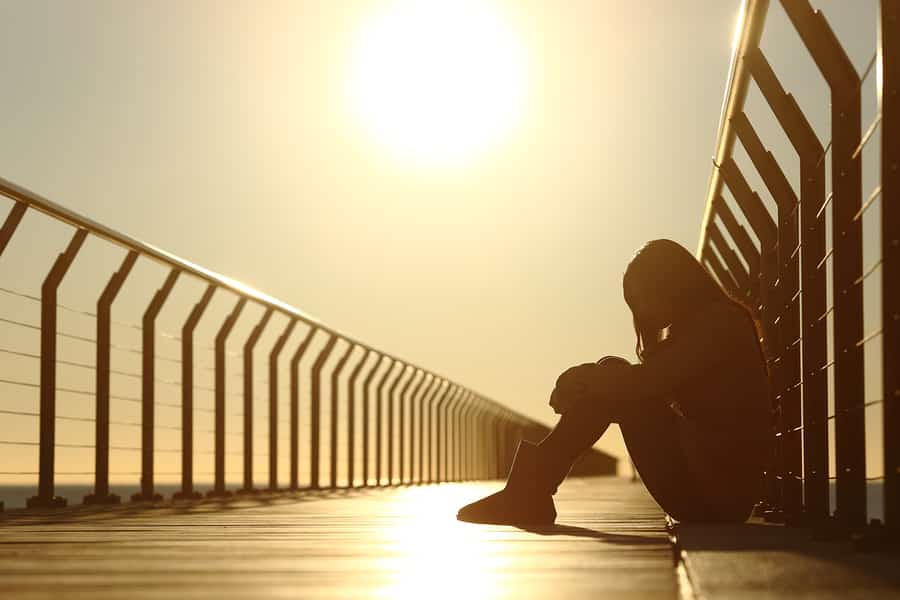 If you have teenagers — or even if you don’t — you’ve probably heard about the Netflix show 13 Reasons Why.

And while the show has resonated with audiences, and been very positively received by critics, it has been heavily criticised by mental health and youth organisations around the world.

The show is based on the best-selling novel by Jay Asher, and depicts the suicide of 16-year-old Hannah, who creates a series of audiotapes addressing the 13 reasons why she committed suicide.

It ends with an incredibly graphic and distressing depiction of the act itself.

And parents, educators and critics around the world are asking the question:

Is this show dangerous?

Headspace Australia — a mental health service for 15-25 year olds — has issued a public warning about the series, saying that it depicts risky suicide content that will be distressing to young viewers.

‘People have said the show has triggered their own vulnerabilities and made them consider whether suicide is a possible option for them’, says National Manager of Headspace, Kirsten Douglas.

‘We are so concerned about that and we see spikes in suicide when there is unsafe portrayals.’

The National Association of School Psychologists in the US echoes these sentiments:

‘Research shows that exposure to another person’s suicide, or to graphic sensationalised accounts of death, can be one of the many risk factors that youth struggling with mental health conditions cite as a reason they contemplate or attempt suicide.’

The depiction of suicide itself goes against recommended Australian guidelines for media representations of suicide.

Mindframe, a national initiative that educates media companies about suicide prevention, strongly urges against including explicit content, method and location details about suicide.

Recommendations that the show seems to have explicitly gone against.

And while the producers of the show itself sought advice from mental health professionals, one of the three clinical psychologists who advised production admitted watching the final suicide scene could be dangerous ‘for some people.’

So if the general consensus is so vehemently emphasising the risks of this show, why did it get made?

Producer Brian Yorkey said that the mission of the show was to present the act of suicide as painful and horrific.

‘If you don’t show the horror of it, then you’re inviting people to conjecture that maybe the act itself isn’t so bad. I think you’re inviting more trouble’, says director Kyle Patrick.

And yet this scene takes up only a minute fraction of nearly 13 hours of viewing.

And they are important factors you need to consider when you have young children who may be watching the show.

An unrealistic context for suicide

The producers of the show have insisted on the importance of a realistic suicide scene.

Yet the context in which Hannah commits suicide is not realistic.

People do not commit suicide for one reason, nor for 13 reasons.

‘A bad experience, or experiences, do not lead to suicide’, says our staff psychologist Dani Kaufman.

It is a complex combination of circumstances, factors and triggers that may lead someone to take their own life.

A lacking focus on mental health

Mental illness or mental health issues like depression are a huge factor in suicide.

Over 50 per cent of people who die from suicide each year suffered from major depression.

Yet mental illness is not adequately or appropriately addressed in the show.

Hannah’s background, mental health history and address of depression or otherwise are not explicitly addressed.

It serves to further confuse the intended message of the show — why insist on such a realistic and literal depiction of suicide, but give no insight into the psychology behind it?

Hannah exhibits the symptoms and warning signs of depression, yet the words are not explicitly stated.

This presents an inherent narrative contradiction in the show — the final act of suicide is brutal in its realism, but the suggestions of mental illness and depression are conspicuously obscured.

This contradiction presents a confusing and concerning representation of mental health and suicide to impressionable young viewers.

The glamorisation of suicide

It gives her a voice after death, it enacts revenge on all those who have wronged her, and it shows the grief and chaos that is inflicted on the people who knew her once she is gone.

It presents the exact kind of ‘revenge tale’ that many troubled, depressed or desperate teenagers may feel compelled by, but it is NOT a reality, and it presents very dangerous implications.

Kristen Douglas of Headspace Australia has summarised the dangers of this narrative:

If young, impressionable viewers are presented with such a realistic account of the physicality of suicide, they may be led to believe the acts that led to it — and that come after it — are realistic too.

And this is perhaps what is most dangerous about the show.

‘If you’re a young person viewing this content, feeling entrapped, bullied, like things aren’t going to get better, like, “I wish I could tell these people to stop, they don’t know how far they’re pushing me”… then all of a sudden this becomes a very real option’.

According to teacher and father of two Jack VanNoord from the Chicago Tribune:

‘The message of the series — intended or not — is that while justice may be elusive in life, it might be achieved in death.’

A lack of adult intervention

From what we are shown, Hannah has loving, caring parents, who at most may be overwhelmed or distracted by their own financial stresses.

So why does Hannah never confide in them with her troubles?

Why do they never see the warning signs?

The only adult Hannah reaches out to is her school counsellor — who becomes one of her final ‘reasons why’.

His conduct as depicted in the show is problematic on a number of levels.

But to represent the only adult that Hannah seeks help from this way sends the very dangerous message to young people that they can’t rely or trust in adults for support, which may dissuade them from reaching out for help.

In the school system alone, students can and should be able to talk to teachers and counsellors about any issues concerning bullying, harassment, depression or anxiety.

Outside of the school system, there are countless helplines that can be contacted anonymously for support.

The show sends a message of all the things we shouldn’t do to other people to prevent suicide, but offers little advice as to what a person can do to help themselves.

The Romanticisation of the Aftermath

The male protagonist of the show – Clay – holds himself responsible for Hannah’s death.

‘I cost a girl her life because I was afraid to love her’, he proclaims.

And as Jessie Stephens of Mamamia writes, this ‘sends the message that anyone who has been touched by suicide could and should have done more. As though the onus lies on the friends and families of the deceased’.

So if the show is so problematic and potentially triggering, what can parents do to protect their kids?

And for teenagers especially, who are desperate for independence, trying to ban them from watching it may push them in the other direction.

Like in so many situations, the best thing you can do is talk to them about it.

Better yet, watch it with them.

‘If you know your child is going to watch it either way, watch it with them to have those conversations.’

And while the ultimate conclusion of the show may not be realistic, the events that trigger Hannah — bullying, harassment, isolation and assault — do and can occur, and their impact is often devastating.

So if presented and understood in the right context with the right support, Dani says there are some positive takeaways.

‘It brings awareness to teenagers to understand that your actions towards someone else may have consequences that aren’t clear to you, or it might impact them in ways that aren’t obvious. Just because someone doesn’t cry in front of you doesn’t mean you haven’t hurt them.’

Furthermore, ‘if there’s anything we can learn from it, it’s about the importance of developing coping skills that will allow us to handle difficult experiences in our lives.’

‘It’s about learning that there are helpful ways to deal with these challenges, and there are people you can go to for support.’

‘In many ways, school is the best time to experience these challenges, because it’s when you are in a supportive environment where you’re under the care of adults.’

So watch the show with, or simultaneously to, your children.

Discuss the events that are realistic, and those that aren’t.

Educate yourself, and them, on the warning signs of depression.

Teach them the importance of empathy.

If you are concerned for your child or about their experience with this show, there are many free helplines available for advice and support listed below.