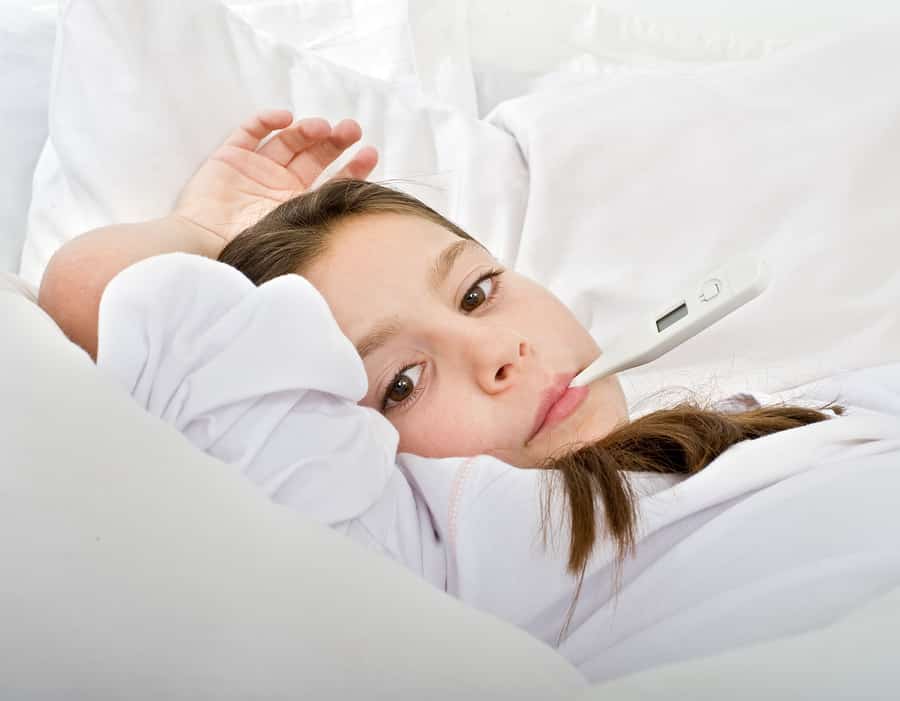 Many children (and adults!) will try to ‘chuck a sickie’ once in their lives.

But when the parents are in control, how can you tell when a sick day from school is justified?

There are a number of issues that come into play.

Of course, sending a contagious child off to school puts other kids at risk, and can cause big disruptions in the classroom and the curriculum.

And vomiting, fever or any illness that will prohibit your child from functioning in class definitely warrants a day in bed.

But before that extreme there’s a myriad of symptoms that a sick child may show (or exaggerate) that will have you questioning your next move.

The choice is often dependent on what kind of child you have, says school nurse Kate Alexander.

If your child is a reluctant student at the best of times, it’s not unreasonable to be suspicious.

And if they’re a motivated and committed student most of the time, there’s probably a good reason that they want to stay home.

A few things need to be considered in the middle ground.

Is your child displaying symptoms such as frequent headaches or stomach pains?

If there’s no obvious cause, and the symptoms are repetitive or consistent, there may be an underlying issue at hand…

There could be issues of bullying or exclusion at school, or they could be experiencing some anxiety or depression.

For most kids though, they probably just want a day off every now and then (who doesn’t!).

But it’s important to push them to do what they’re capable of, not just what they’re comfortable with, according to psychology professor Angela Duckworth.

It’s about building up a ‘distress tolerance’, which will benefit them not only in the short term, but also consistently throughout their adult lives.

Because sick days don’t just affect your child, they also affect your ability to get things done when they’re at school, and the way others (such as their teachers and classmates) percieve them.

The message that a stricter stay-home-from-school policy sends is that ‘show up and perform even though it’s tough, and you have a teacher (or, in later years, a boss) who knows that when you call in sick, it’s real.’

So how can we ascertain when a sick day is needed, and when it’s not?

Of course, sick days are sometimes not feasible for working parents. So again, be sure to talk to your children’s teachers to know when a sick day is not only warranted but necessary.