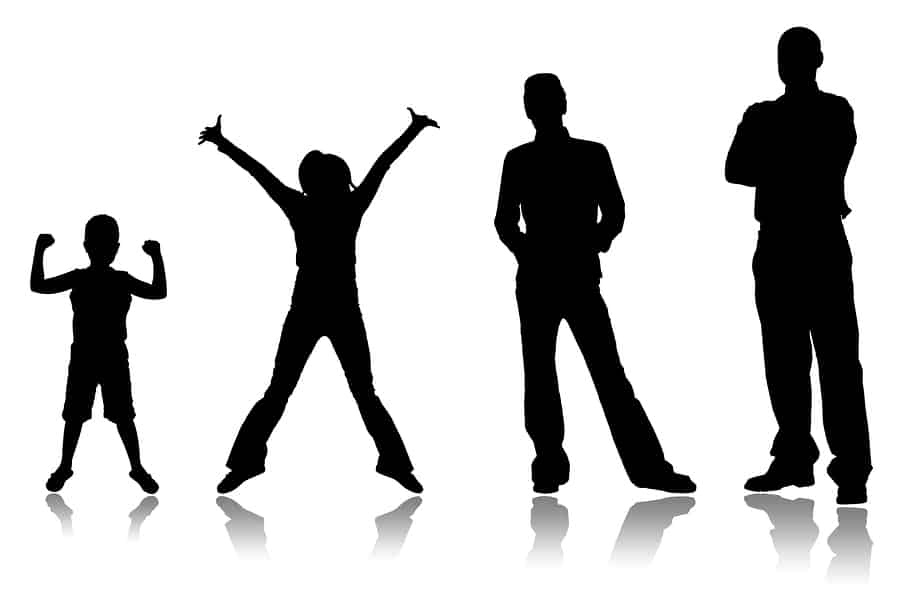 They say a leopard can’t change its spots.

But according to the longest personality study undertaken of all time — they absolutely can.

The study started collecting data from 1,208 fourteen-year-olds in 1950…

And more than 60 year laters, 174 of the original participants agreed to be tested again, with surprising results.

Suggesting that just like our outer physical bodies change significantly over time, so do our inner selves.

The original study used information provided by the teachers of the teenagers.

They were asked to use six questionnaires to rate their students on six personality traits: self-confidence, perseverance, emotional stability, conscientiousness, originality and desire to learn.

The results from these questionnaires were amalgamated into a rating for one trait — dependability — which was said to be deduced from their scores on the other six traits.

63 years later, the then 77-year-old participants were again assessed for the same traits.

‘Correlations suggested no significant stability of any of the 6 characteristics or their underlying character, dependability’, wrote the researchers.

‘We hypothesised that we would find evidence of personality stability over an even longer period than 63 years, but our correlations did not support this hypothesis.’

In English? The researchers did not expect that personalities would change dramatically over time, let alone as dramatically as they did.

So what does this mean for us, and for our children?

And so, according to the results of this study, our patterns of thinking, feeling and behaving are not fixed.

Growth, change and development are not only possible, they’re often inevitable.

But individuals need the right environment, coping mechanisms and tools in order to emotionally and mentally develop in beneficial ways.

This is why so many psychologists and parenting experts advocate a ‘Growth’ over a ‘Fixed’ mindset.

For example, instead of telling your child how smart they are, praise their efforts in academic or intellectual pursuits.

The former may lead your child to believe that their intelligence is ‘fixed’, and so too will be their thoughts, feelings and behaviours concerned with their intellectual ability.

This could potentially disrupt their motivation to work harder or aim higher.

On the contrary, if the emphasis and praise is placed on their efforts, they are more likely to change their thoughts, feelings and behaviours to become more motivated and determined to achieve and succeed.

It works in the reverse scenario, too.

We may feel inclined to comfort a child who is performing badly in a particular area, like Maths, for example, by telling them they’re simply ‘not mathematically-minded’.

Despite our best intentions, this assertion may lead the child to believe their ability is negatively fixed, and that they shouldn’t bother trying.

But practice really does make perfect, and as the study shows, people — and their abilities — can and do change!

The personality study also supports a fundamental theory of psychology: that the emotional stability of an individual can change and improve.

So an anxious child isn’t destined to be anxious forever; a sensitive and impressionable child can become an independent and resilient teenager; and a reckless and irresponsible teenager can become a dependable adult.

So the greatest takeaway from the study is this:

With the right tools, support, and knowledge, individuals can transform the personality traits they may have that hold them back, into ones that propel them forward to where they want to go.

And that’s a mindset that we should all take on board.