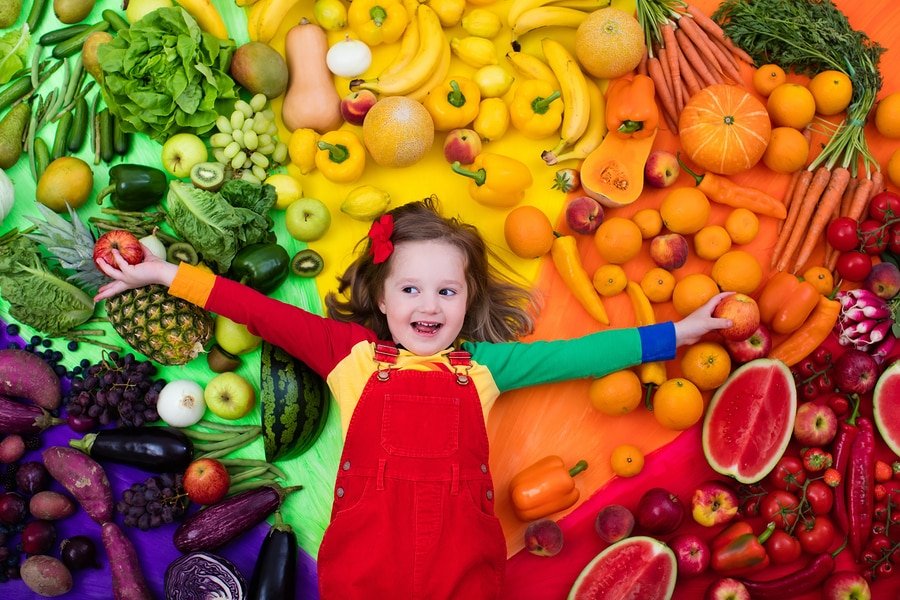 We all know the effects that a poor diet can have on our physical health.

In the long term, a diet high in fat and sugar can lead to obesity, diabetes, cardiovascular disease and a huge range of other physical ailments.

And in the short term, a poor diet lacking in nutrients can make us fatigued, lethargic and interrupt our ability to concentrate.

But doctors and neuropsychologists are increasingly discovering the impact that our diet has on our mental health, as well as our physical health.

And this impact has a significant affect on children and how they perform at school.

Psychologist Terry Davidson discovered links between diet and mental performance inadvertently, when trying to learn more about the hippocampus — the part of the brain that’s heavily involved in memory.

Davidson’s research was framed by a 2015 study from the Journal of Pediatrics, which showed that obese children performed much worse in memory tasks that test the hippocampus than children who weren’t overweight.

Through observing the behaviour of rats with hippocampal damage, Davidson deduced that a ‘vicious cycle’ is created through poor dietary choices — one that negatively impacts cognitive function, and generates a reliance on continuing these bad eating habits to further exacerbate the problem.

He says that when our brain is impaired by a poor diet, it makes it much more difficult to stop eating that kind of diet, and so the brain continues to be impaired by our eating choices.

And while not all children who eat a high-fat diet will perform badly at school, their diet could still be affecting their performance.

But rather than making them perform badly, their diet is impairing the processes that are involved in their performance, so ‘the kid would have to work harder and be more motivated and have a “tougher go of it”‘.

And let’s face it, kids already have enough challenges to face in schooling, without their diet getting in the way!

And while the science behind these findings may seem a bit convoluted, Davidson appeals to common sense to appreciate the link between diet and cognitive function.

It’s not just our memory that is affected by the food we consume, either.

A growing number of doctor’s are subscribing to the theory that depression and other mental health issues are related directly to diet.

One example is that high body mass has been linked with inflammation, and inflammation affects the brain.

Inflammation can also result from sickness associated with a poor immune system — often the result of poor nutrition.

Dr Valeria Mondelli, senior clinical lecturer in psychology at King’s College London, believes that high levels of inflammation can decrease the number of and affect the links between neurons in our brains, leading to depression.

And a key natural antidote to inflammation is exercise and diet — one that eliminates processed foods, especially sugar and refined carbohydrates, and replaces them with plenty of fruit and vegetables.

Diet and the Gut — Our ‘Second Brain’

Gut health has also become a big point of concern for health professionals.

Poor gut health is a related to the community of bacteria and microbes living in the intestinal tract.

A ‘diminished microbial ecosystem’, that is — a bad balance of bacteria in the gut — is believed to have serious consequences on our physical health, but also on our mental health, especially when it comes to depression and anxiety.

The gut is sometimes referred to as our ‘second brain’, because it’s controlled by it’s own complex nervous system that is comprised of hundreds of millions of neurons.

And the gut and brain talk to each other through nerve signals.

So while doctors have always known that our emotions can have an effect on our gut (think nerves leading to nausea), this new research now suggests that it works the other way around as well.

And the best way to improve gut health?

Again, by reducing the amount of processed foods and replacing them with fibre-rich fruits, vegetables, legumes, nuts and seeds.

A study was undertaken with 12,000 participants in Australia over several years, and showed that those who started eating increased portions of fruit and vegetables became much happier.

In fact, the people who went from eating almost no fruit or vegetables to eating eight portions a day experienced an increase in life satisfaction ‘equivalent to moving from unemployment to employment’!

And while the significant physical consequences of our dietary choices can take several years to reveal themselves, the emotional effects are evident much quicker.

‘However, well-being improvements from increased consumption of fruit and vegetables are closer to immediate.’

So while all this scientific research, studies and neurological discoveries may seem a little complicated, just as Dr. Davidson suggested, understanding can be reached by an appeal to reason.

If we’re convinced that our diet affects so many aspects of our physical health, it simply makes sense to believe that it could affect our cognitive function and mental health too.

So this research serves to provide further reason to encourage healthy eating habits in our children, that they will be able to take into adulthood for ongoing physical and mental health.

But how do we get our fussy eaters to eat more healthy foods?

That, dear readers, is a post for another day!

Stay tuned, and for further reading into the links between nutrition and mental health and brain function, have a look at the links below.