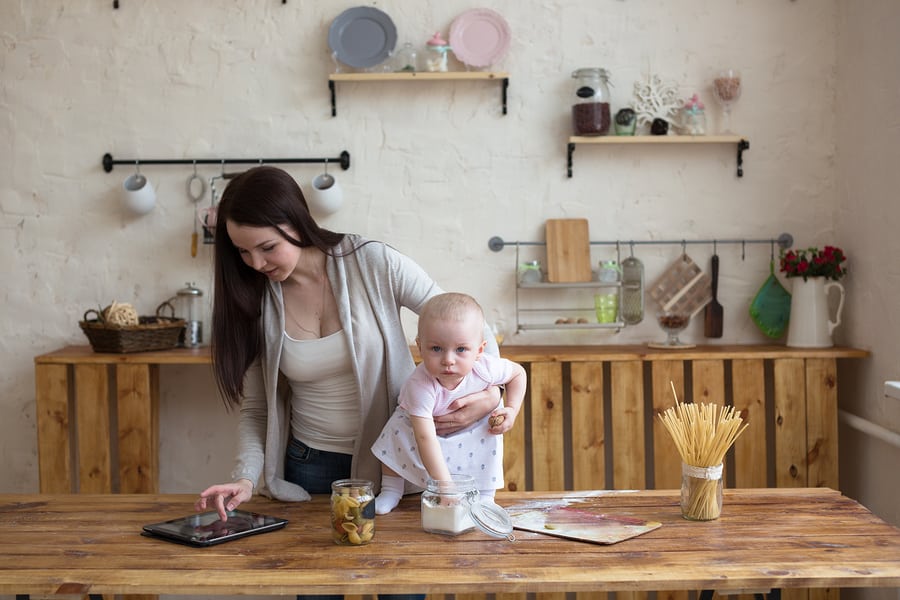 Social media is a largely unavoidable aspect of modern life.

Some insist on being ‘online friends’, some sneak through their child’s profiles without their knowing (a post for another day), or some ban social media completely.

How much time are we taking to look at the impact of our own?

Many children – and even official bodies – are starting to discuss the effect that a parent’s social media page has on their child.

Of course, most parents use social media to share images or posts of their children out of affection and pride.

Parents often share the landmark events in their children’s lives from an early age:

And while it all seems innocent enough at the time – after all, the kids are too young to comprehend social media anyway – these posts and images get locked into the public sphere, available for all to see, and will still be there once they’re old enough to deal with the ramifications of it.

Eventually, your child will be 13, and they will likely get a social media page of their own.

All of a sudden, images of them being toilet trained or dancing to Britney Spears songs will be on display in the same forum they are now trying to inhabit.

While they are trying to establish their own social media identity, you have already created one for them, one which they have had no control over and may not be particularly fond of.

This ‘digital shadow’ may bear little relation to their sense of self, or the public identity they wish to share.

And the ramifications can be severe.

For example, this year a mother called out her son on social media for bullying, and the post went viral.

This is the modern equivalent of ‘public shaming’.

And while viral shares may disappear from the public consciousness within a few days, the impact of their notoriety stays with the subject for a long time and has been shown to have incredibly negative effects on their social situation, self-esteem and even career prospects.

Now certainly this experience will only happen to a handful of people in the spectrum of millions of online profiles.

But lower-level ramifications can still be harmful to your child and your relationship with them.

One child in a group discussion on social media shared a seemingly inoffensive incident:

‘I was with my aunt in the park. I was wearing a scarf… it flew off and my hair was all raggedy, sticking up all over the place. My auntie put it on Facebook. I was so embarrassed I was crying.’

What to an adult may seem like an endearing image can be a humiliating public shaming for a child.

Another 14-year-old girl summed up some of the most immediate consequences of parental over-sharing:

‘Parents love to post things about you, personal information that you may not like… which kind of affects your relationship with them. Now, when you want to speak to them about certain things, you’re worried they might post it.’

Teenage years are some of the most formative years of their lives.

They are trying to forge their own identity, they’re desperate for independence and control, and the key to a good relationship with them is a maintaining a sense of mutual respect and trust.

So a divisive sharing of images and reflections without consent can threaten these crucial aspects of their personal development and of your relationship with them.

Yet, at the same time, your social media presence is your own, and part of your identity.

Your children are undoubtedly a core facet of your life, so it’s natural for you to want to share them with your friends.

So how do we bridge this gap?

Keep a few crucial things in mind before choosing what you feel is appropriate for you and your family:

Instead of looking at monitoring your social media behaviour for your children as a form of forced self-censorship, just look at it the same way you do with all your other behaviours.

It’s a natural extension of your life, all other aspects of which are modelled around your children’s best interests, so this should be no exception.

Just as in the earlier example, what might seem harmless and adorable to you could be embarrassing for your child.

Try to see things from their point of view, and consider what other conclusions could be drawn from a particular post.

Maybe your six-year-old won’t comprehend or feel embarrassed by a video of them dancing or doing something strange or funny, but will their twelve year old self feel the same way?

So when you’re posting things yourself, consider how they may feel about it.

You have every right to express yourself freely, but being considerate of their feelings and what information they want shared with the public sphere is an issue of respect and courtesy.

As parents, you are the most significant influences in your children’s lives.

Befriending or following your children online can help to encourage mutually respectful and mindful sharing from both parent and child.

But whatever you do, at the very least, for your children’s sake, think before you post!