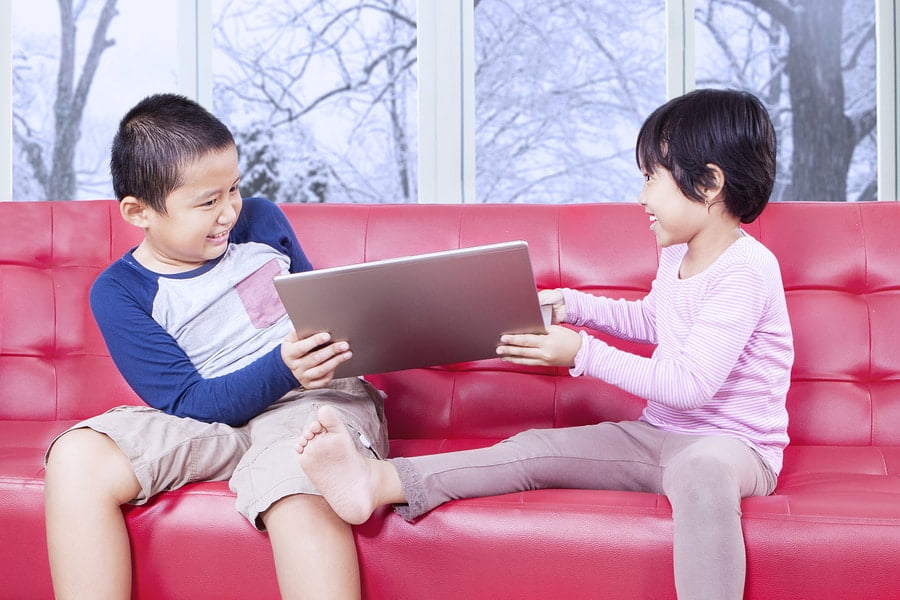 In a recent blog post, we discussed the issue of family favouritism.

We wanted to reassure parents that having a favourite is part of human nature (and not the same as loving one child more or less than another), and should not be a source of guilt or shame.

What’s important is how you act on your inclination towards one child or the other.

Giving overt extra attention to one child over another can result in cries of ‘but it’s not fair!’.

And ultimately, this can lead to problematic behaviour, resentment, and sibling rivalry…

Which raises an interesting question – how do we define ‘fairness’?

Some observational research has addressed this question.

And the findings tend to support the advice we gave regarding favouritism.

As it turns out, it’s not about material gain or gratification, but rather about feeling that you have been unfairly treated in a certain situation.

The “Monkey Test” provides a framework for researchers to study this concept.

(This particular test involves real monkeys, rather than children!)

Researchers gave varying food items to monkeys in isolation and in group settings.

The animals were happy to eat whatever was given to them when they were alone.

But when in group situations, the monkeys acted aggressively when given different food items to the other monkeys.

The results suggest that a desire for fairness is innate in primates.

Even babies as young as twelve months old show signs of this kind of aversion, favouring ‘fair-minded’ cartoon characters over the greedy types.

A similar follow-up study was done with 900 children aged 9-15 around the world.

Two or more children each had a bowl in front of them which was filled with different amounts of lollies.

The children could either accept an uneven distribution of lollies or reject them altogether.

Most of the time, the kids who were offered fewer lollies than their peers rejected the lollies altogether.

In other words, in group situations, humans (and other primates) are far more concerned with fairness, rather than the value of specific objects or food items.

New Yorker writer Maria Konnikova states in her article ‘How we learn fairness‘ that this is because fairness is a form of ‘social signalling’.

We use fairness ‘to negotiate our place in a social hierarchy’.

It makes sense then, that this idea of fairness plays such a huge role in sibling rivalry and family dynamics.

And what’s even more interesting?

Some older participants in the experiment rejected offers of more lollies than their peers.

Another study was conducted to explore this concept.

When children were offered an uneven distribution of tokens, many preferred an equal distribution between themselves and their peers, rather than getting more for themselves.

This result only occurred in social situations, suggesting that kids (and humans in general) favour equality over self-gratification, particularly when it could lead to strengthening their relationship with someone else — a friend, sibling or otherwise.

This is a positive result, and speaks to our children’s innate desire to socialise, empathise and contribute meaningfully to the positive experience of others.

And when it comes to family dynamics, it certainly reinforces the idea that we should encourage fairness in our children by treating them fairly ourselves.

So next time you hear that childhood-chant of ‘but it’s not fair!’ — don’t pass it off as mindless whining…

They may actually have a point!