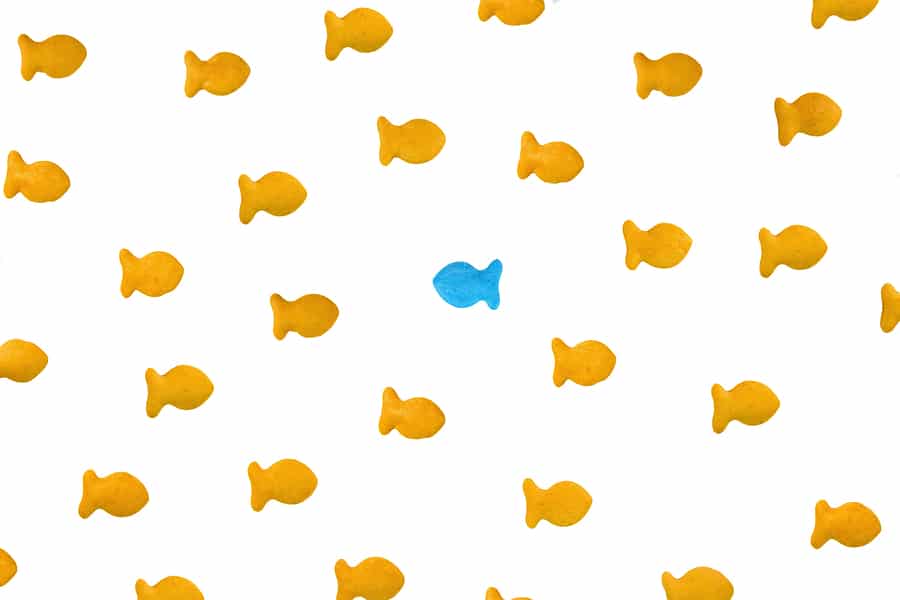 “It’s not fair Dad, all the other kids are allowed to go to the party!”

“Harry’s Mum is so much nicer than you. How come he got a new Xbox!??”

“Lisa and Jack are allowed to stay up until nine thirty, so why can’t I?”

I’d be hard pressed to find one parent who hasn’t heard such guilt-inducing arguments from their child at some point!

And, it would also be hard to find a parent who hasn’t been swayed by such arguments from time to time…

So, why are these arguments so compelling? Why do we care? How do we find the strength in ourselves to dismiss such social pressure, not to mention, convincing our children to do the same?

Read on to find out…

How and why does social pressure affect us all?

Fear of judgment and wanting to “fit in” can play a large role in our behaviour, even if we behave in ways that we don’t agree with. I am reminded of a study where a group of participants (say, ten people) were sitting in a room together and asked to look at two straight lines. Let’s say they looked like this:

BUT, unbeknownst to the tenth participant, all of the nine other people were actually actors who had been recruited by the researchers and had been told beforehand to choose the first line!

And here’s the interesting part: In almost all cases (this study was repeated many times), the tenth (“real”) participant, also chose the first line as the longest one, even though they explained afterwards that they didn’t really think that was the correct answer.

There was no overt bullying in this experiment, no monetary incentive to conform and no punishment for non-conforming but the tenth participant almost always felt compelled to agree with the other people in the room.

What a powerful example of how we can be swayed by peer pressure!

There is another theory in social psychology known as “diffusion of responsibility”. The basic idea is that the larger the group of people involved, the less responsible we feel for any negative consequences that may ensue. It’s like there is only a finite amount of responsibility to go around and it is divided up equally amongst everyone.

You can see how this theory can relate to situations you may find yourself in with your child. For example, you might say to yourself, “Well, I’m not really sure it’s a great idea to let my five year old spend three hours on the computer every night but, hey, all the other kids are doing it, so at least I won’t be the only parent guilty of this crime.”

Sometimes we use other people’s behaviour as an excuse for ourselves as well. Have you ever said to yourself: “Hey, I don’t really need that chocolate chip muffin but everyone else is having one, so we can all be unhealthy together.”?

And then there are the issues of self-perception and other-perception that can be linked to social pressure.

Firstly, many of us think (and often there is good reason for it) that engaging in the same behaviours as others will make them like us more.

Back to the chocolate-chip muffin example. Ever tried this argument on yourself: “Well, I would make the others feel bad if they ate the muffin and I didn’t have any. I wouldn’t want to make them feel bad so I better have some too.”?

Secondly, is it possible that engaging in the same behaviour as others that we like and respect may make us more acceptable to ourselves? Does our thinking go like this: “Well, I like them and think they’re a good person so, if I do what they do, I’ll be more similar to them and can think of myself as a good person too.”?

But what does this all boil down to? Do we not trust our own decisions and look to others to guide us in the right and wrong way to parent our child? Is it just easier that way and does it help to avoid arguments?

When faced with “social pressure” arguments from your children, it is important to consider all of the forces that could be at play, both for yourself and your child. Sitting down and having a frank discussion with your child may reveal why it is so important for them to have (and do and be) the same as other children. This may open up a whole range of interesting insights into their social life and enable you both to make decisions together.

If you’d like some further advice on any parenting issues please get in touch.