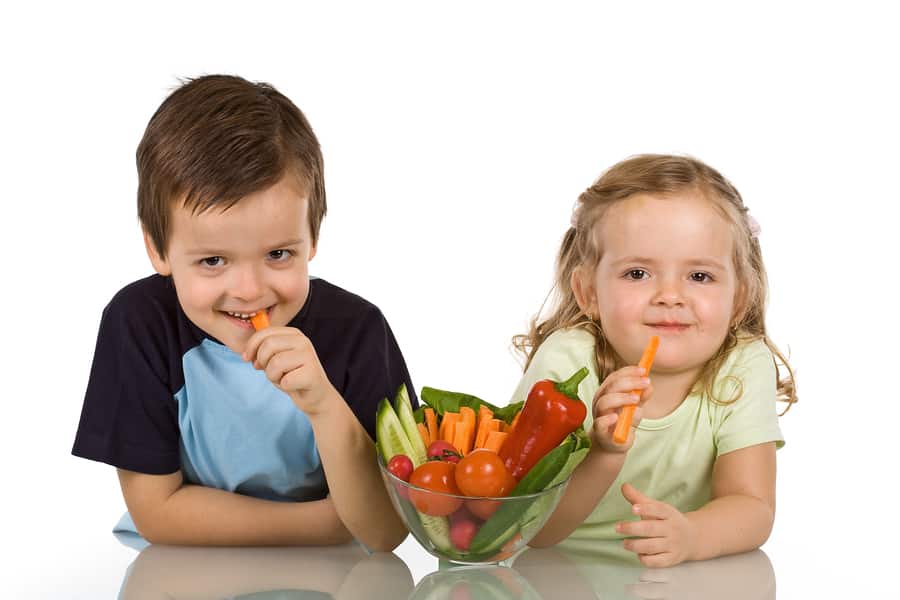 In a recent post on our blog, we discussed the links between diet and mental health.

The nutritional content of the foods we consume (or lack of) have shown to have varying impacts on our cognitive processes including memory, and our experiences of anxiety, depression and happiness.

Many parents are accustomed to fussy eaters in the family…

But some are more stubborn than others, and some show genuine aversions to specific (often healthy) foods.

So how do we get deal with fussy eaters, and encourage them to consume more nutrient-rich foods, for both their mental and physical wellbeing?

There’s a number of causes and explanations as to why your child may be resistant to certain foods.

And it may be helpful to consider the psychology of eating.

She found that while genetics may play a small role in our tastes, much more significant are the ‘pressures and cues we’re exposed to from the time we begin choosing what to eat.’

That is — to say what we probably already know — that the eating habits we develop in childhood are the most defining element of our food preferences.

And given that parents choose their children’s food long before they can choose it for themselves, external influences — much more than individual preference — are what shape our eating habits.

An experiment was conducted in the 1930s to see what food preferences babies would show without control from their parents.

It showed that the babies would choose to eat liver, sour milk and beetroots as happily as they would chicken or bananas, suggesting that traditional taste preferences aren’t as innate as we might think they are.

Another experiment was conducted to try to expand the eating habits of young ‘fussy eaters’.

Four bite-sized portions of new foods were served, and the children were asked to go back and forth between each portion for a period of ten minutes.

A type of ‘exposure therapy’ that was repeated several times a day, over the course of several days.

One subject of the study was a sixteen year old with Asperger syndrome who wouldn’t eat anything but pasta, ham and cereal.

But the end of the study, he had added 78 new foods to his diet.

These studies served to show that eating preferences are not innate and ingrained, and can and do change.

And the key to lasting change is a shift in our attitudes towards food – ‘a reorienting of our palates that would render broccoli at least as delicious as a cookie.’

‘When our preferences are in order’, says Wilson, ‘nutrition should take care of itself.’

So now that we have the knowledge that food habits can be changed, and your fussy eater can adapt to new ways of eating, let’s explore the practical ways you can help to change their diet for the better.

First of all, you need to discover the root of the problem, says our staff psychologist Dani Kaufman.

‘Some of the fussy easters I see are fussy because they know if they refuse enough, they’ll end up getting what they want. So why wouldn’t they refuse to eat their vegetables when they can still get their dessert?’

So while it may feel like an uphill battle to get the greens off their plates, persistence will pay off.

‘You need to work out if it is the case that the kids are pushing boundaries to get what they want and if there’s a pattern’, says Dani.

To do this, Christina Rigoli recommends observing what your kids are eating and taking notes.

‘It could be a sensory thing. Is it certain types of foods that they’re avoiding? Do they have the same texture or colour or belong to the same family? Note down the foods they’re not eating and it will become clear whether it’s behavioural or a reaction to specific foods.’

If it does seem behavioural, and that they are resisting eating most of the vegetables or healthier foods on their plate, it’s likely that they’re seeing how much they can get away with.

In this case, provide incentives, such as the opportunity for dessert when the veggies have been eaten.

If you don’t, this is simply another boundary that the fussy eater will be pushing.

When incentivising eating, be sure to be reasonable and realistic.

For example, expecting a child to eat everything on their plate may not be the right approach.

‘Some children are simply too petite to eat a whole plate of food. If they’re never complaining about being hungry, it may be too much for them to eat’, Dani reassures.

For these kids, making them finish a whole plate of dinner in order for them to get dessert would be unfair punishment and unproductive.

Instead, Christina recommends aiming for smaller or different goals.

‘It’s not bribery, but if you see that your child has made an effort, then reward them. But make your expectations and the outcomes clear, like “I really appreciate that you’ve eaten some of your broccoli, so you can have a sweet.”‘

Simple things like blending vegetables into pasta sauces or smoothies can give your kids a nutrition hit without them even noticing.

And for little kids, Christina recommends trying to make things a bit more fun, by cutting them or arranging them into fun shapes.

‘Try to make the food more desirable by distracting the kids from the food itself.’

Another option is to give them more power over what they eat by giving them some choice.

‘Make it so there’s two options for vegetables, and they can pick the one they prefer. This way they’ll have more control over what they’re eating, but you still end up with a positive result.’

If none of the former approaches get you very far, let the consequences reveal themselves.

‘If your child refuses to eat their dinner, and then has to face the feeling of being hungry the next day… that’s not such a bad thing’, suggests Dani.

‘They’ll quickly realise that they should eat or they’ll feel hungry. Let them learn that lesson.’

Because like many things in life, not everything can be perfectly pleasant or exactly what we want it to be.

Eating is not just about enjoyment — it’s about sustenance and nutrition.

And once your child realises this, they’re more likely to find a good balance with their diet, and what they’re willing to eat.