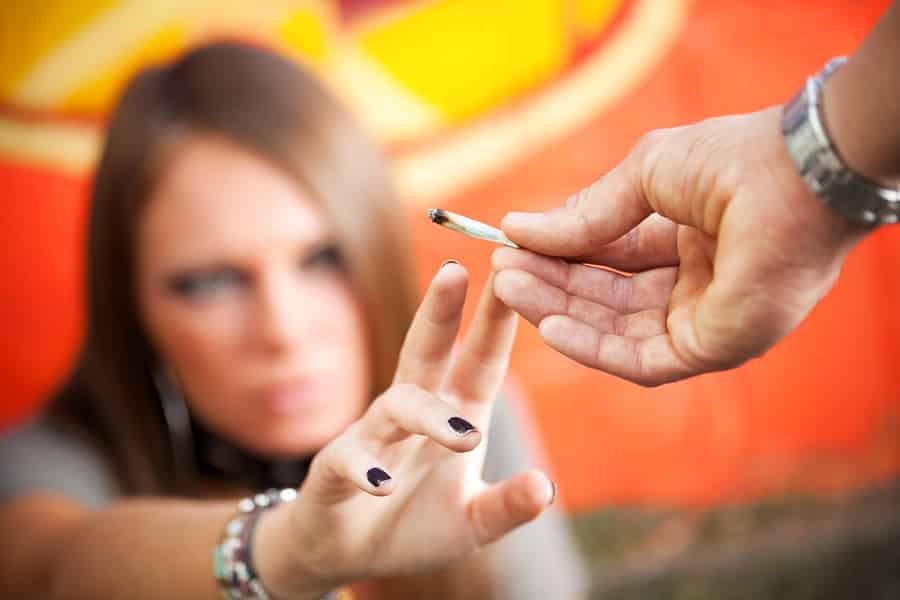 Recent news of a teenager charged with the murder of one of Melbourne’s homeless citizens has many people worried. News has speculated that the accused young man had recently started using cannabis, and this changed his behaviour.

It’s important to remember that media portrayals of mental illness tend to be inflammatory, and can often imply a causal link between drug use, mental illness and crime.

Nevertheless, it’s a timely reminder for parents and their adolescents to improve their awareness of evidence-based research in the area of cannabis use. There is an association between cannabis use and mental illness, but it’s not a causal link.

This means that cannabis use has not been shown to directly ‘cause’ mental illness, but there is a potential for it to exacerbate difficulties in someone who is already vulnerable to mental illness.

The determination of this relationship is difficult, because many people who are already experiencing symptoms of anxiety, depression or other mental illnesses may seek out cannabis to alleviate or mask their symptoms.

Many people start using cannabis because they say it helps them to relax, that it helps them sleep, or that it relieves nausea and pain. In Australia, the use, possession and sale of cannabis is illegal, but in other parts of the world, it’s not.  This can make it confusing to determine whether cannabis is potentially harmful or not.

As with any drug, regardless of its legal status, whether it’s prescription or not, ‘natural’ or synthetic, the affects that it will have comes down to the individual and how their body processes and responds to it.

People with a family history of major mental illnesses (chiefly, schizophrenia-spectrum illnesses, bipolar disorder or depression with psychosis) are more likely to experience symptoms of paranoia or psychosis if they use cannabis.

Psychotic illness refers to a group of mental illnesses where individuals experience difficulty in determining what is real and what’s not. Someone who is psychotic may hallucinate, or have beliefs that are bizarre or don’t make sense to other people (delusions). Usually the person will appear confused, disoriented, they may ramble, talk very loudly and be hard to understand. For others they may stay silent but appear to be very scared or ‘on edge’.

For people who already have a psychotic illness, cannabis has been shown to make their symptoms worse.

It is important to remember that psychosis is rare. Similarly, the onset of psychosis associated with heavy cannabis use is rare. However, for people who are vulnerable to developing a psychotic illness, cannabis use can double the risk and bring on a first episode up to two and half years earlier (ncpic.org.au).

For adolescents who use cannabis early (before age 15) they are more likely to engage in subsequent heavy use, which then increases their chance of mental illness. Similarly, long term cannabis use does affect short term memory, which subsequently affects ability to learn, organise and plan.

Consideration of family history is important for anyone who decides to try using cannabis. Teenagers need to know that if there is a family history of major mental illness then there is good reason for them to avoid using it.

It’s important to have awareness that drugs don’t affect everyone in the same way, and while their friends might experience relaxation and euphoria, someone with a family history of mental illness may be more likely to experience anxiety and paranoia.

Research indicates that adolescents respond much better to drug education that provides a balanced view with both pros and cons, and with respect to a range of views, including scientific, cultural, legal and moral.

In summary, cannabis is illegal in Australia, and its use is linked to mental illness in people who have a pre-existing vulnerability due to family history. However, not everyone who uses it will experience psychosis.

It’s also important to remember that despite the way that psychosis is portrayed in the media, not everyone who experiences psychosis will necessarily engage in violence and crime. Not everyone who uses cannabis will get addicted, but daily or almost daily use over several months likely means that when you stop, you’ll feel the affects of drug withdrawal. Similarly, research has established that cannabis use over long periods of time does affect memory and ability to learn.